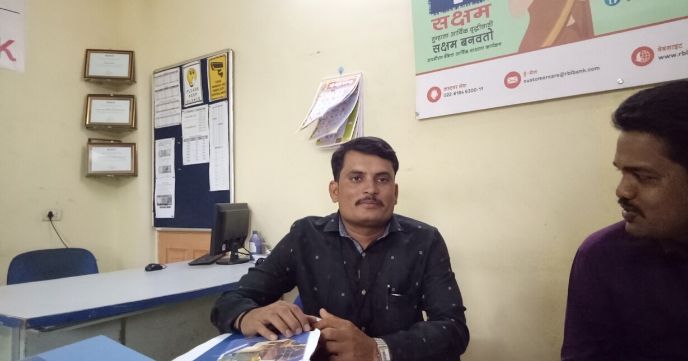 Dattatray Jadhav, a Team Leader in the Pandharpur branch of Maharashtra, has been associated with Sub-K since 2015. He has played a significant role in building the company’s portfolio in the Jath area, where he had joined as a Unit Head.

Mr. Dattatray believes that determination, dedication and self-discipline are the key ingredients of success. Through his efforts, he not only increased the portfolio of Jath branch by over 50% but also helped in reducing the NPAs of that area, which led to the unit receiving the Outstanding Unit Award. Post his commendable work in Jath, he was transferred to the Pandharpur unit to ensure smooth functioning of this unit, as well as, to set an example for his colleagues to follow.

Sub-K thanks Dattatray for being a true leader and an inspiration for others. He says, “The motivation to work with such dedication comes from the immense support which I receive from my team in the company, which makes me feel like an integral part of the Sub-K family”.